SIGN UP
(* INDICATES REQUIRED FIELDS)
Passwords must be at least 6 characters long and contain at least one upper, one lower, and one number.
Your phone number will only be used to contact you regarding a contest entry. It will be kept strictly confidential and will not be used for any other purpose, nor shared with any third party. Please be sure to provide a valid 10-digit daytime phone number. Your account information, including phone number, must be correct at time of contest entry.
Yes, please   No, thank you 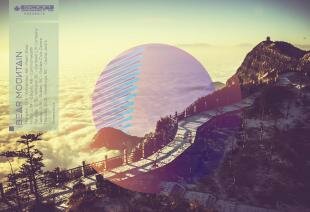 Vancouver, B.C.’s electro-dance group Bear Mountain had a banner year in 2013 that included the release of their debut album, XO (Last Gang), and tours on the summer festival circuit, with Bloc Party, and back and forth across their home country.  The band is excited to be teaming up with Scion Sessions for a run of shows in February, which includes stops in Edmonton, Whistler, Kamloops and Golden, BC (dates below). Scion Sessions will also be presenting a special exclusive show in Calgary at Commonwealth Bar. Fans can RSVP to gain complimentary admission to the limited capacity show in Calgary (details below) and to receive a copy of the Bear Mountain 7”, courtesy of Scion Sessions. Limited numbers of the 7” will also be available exclusively at the other February shows.
Stirring and soulful, Bear Mountain blends syncopated bass lines and arpeggiated synth chords with live instrumentation and soaring vocals to create a sound that is both deeply moving, and sweetly captivating.
Exclusive Show At The Commonwealth:
Friday, February 14 – Calgary, AB – Commonwealth Bar & Stage
Doors @ 7:00pm – Show @ 9:00pm
Limited Capacity – RSVP to [email protected]